Northern Norway and the Midnight Sun

The lands of the North evoke  the arcane and mythological landscapes of Norse Literature – fantastic “middle” Earth, where it all began:

An excerpt from the myth of creation in Völuspá (The prophecies of Sybila): 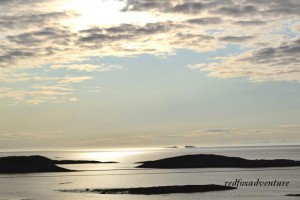 “… In time standards it does not exist at all;

not the sand, nor  the sea, nor the cold waves,

there was no earth, or any high heavens;

Only a great void; arisen from nothing,

Until the sons of Bur (Gods) raised their lands,

They created the Terra del Mezzo (the physical world), an incomparable place.

The sun shone South upon a world of rocks. The grass began to grow and the fields became green … ”

We depart from Kiruna in Sweden heading for  Bodø in Norway.  I chose this departure date because it encompasses two significant moments of life which you can experience in the Great North: one being the Midnight Sun, a phenomenon that begins in June and continues at  least until mid July.  This is where the sun is always at the top of the horizon.  The second important event is the Summer Solstice which enshrines the beginning  of another phase in the Northern Lands, it is when it is finally free of ice and we can feel  the first summer  warmth and  appreciate the summer colours of the Arctic

WHY DID I CHOOSE THIS ITINERARY AND WHAT TYPE OF PERSON IS IT DESIGNED FOR?

I  have been living in these northern lands for twelve years. The world of nature, flora and  fauna have become essential elements of my daily life. Amongst nature and especially within  these Arctic lands are the places where I can breathe the  air of freedom, and  feel that certain well-being that comes from walking or skiing in the forests of the arctic tundra or simply observing from great heights the perpetual changing motion  and rhythms of  the seasons. I created this tour last year and I am very pleased with it.  I chose a classic destination that is particularly well suited for those people who  have decided to embrace these latitudes for the first time. You need to remember  that here we travel in a comfortable and informal way, usually wearing sportswear and following a type  of route that requires flexibility and adaptability. This is a “soft” program which encompases the synthesis of what these lands represent. Here, the ideal is to travel in a small group, unfortunately the flight prices can be high, and even if you are able to find a cheap flight,  just staying for a few days,requires well-stocked wallets as well as expert experience and knowledge of these regions. We will have  a Norwegian guide with us providing  that expertise as we follow the program. The coast of Norway is full of fjords, mountains and white beaches. The islands, the “Rorbuer file” feature traditional fishermen’s cottages  which have been transformed into small apartments – all of which  infuse serenity. The Midnight Sun lengthens the day to almost infinity and gives  us the energy for new adventures. 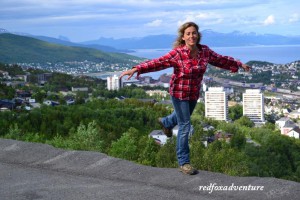 We will meet you  at the Kiruna airport  in order to welcome you to  the heart of Lapland. We will stop for lunch in a lovely “Sami cafe” where we can taste the  typical dishes of the culture of this indigenous people and discover the handmade specialities of the Sami  artisans. We will continue our journey towards the city of Narvik. the road we travel along is beautiful. The E10 is 847 km long and connects two extremes,  the Norwegian town of Lofoten and the Swedish Luleå, and along its route it shows us a breathtaking landscape. In the background we have the Abisko National Park where you can find  the famous “Kungsleden” or the “Way of the King” –  an unspoilt paradise for lovers  of walking and trekking – four hundred kilometers of rough and wild terrain. Narvik is another beautiful city, which has made a big impression on me. In particular the “l`Ofotbanen” which is considered  to be one of the most beautiful railway lines  in the world. It was used for the transport of ferrous materials from the Kiruna mines which were then loaded onto ships in the port of Narvik whose water is always free from the ice even in winter, this favoured the distribution and commercialisation of the iron and copper industry.

Weather permitting we will go for a short climb in “Narvikfjellet” to admire Tysfjord and towards Stetind, Norway’s national mountain famous for the Midnight Sun

After we have had breakfast and prepared our packed lunch, our journey continues towards 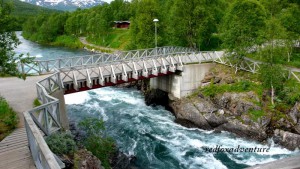 Senya which is called “miniature Norway ” because it encompasses all the elements of Nordic nature: fjords, bays, creeks, lakes and ponds all of which make the territory an area of fragmented water. But our first stop is Bardu – in the Troms County. “The Arctic Wildlife Centre” is located in a valley surrounded by forests, this area has an interesting climate with cold winters and relatively warm summers. Bardu is indeed the only town of the Troms County that is not located on the coast. The Arctic Wildlife Centre is a type of “Paradise ” for all of the animals living in these northern lands. Here we can meet wolves, arctic foxes, bears and also moose and reindeer. The park is an authentic walk in the midst of forests where we are accompanied by the roar of the river that flows through it. There are many activities for us to do within it. We will stop here for lunch.

We will spend the night in Senja, an emerald bay, another pearl of Northern Europe. Senja has given birth to a young and popular Norwegian singer-songwriter “Moddi”. he wants his folk music to be heard  around the world as its lyrics send us a message against the exploitation of land and water by the oil companies. The island of Senja is connected to the mainland by the Gisund bridge. We will visit Grillfjord, a small fishing village and if we have time we will go and find the largest Troll in Norway, Ben, who is 18 meters high. We will return to Senja to spend the night.

To  reach Andenes we will take the ferry. (1.5) With any luck we will be able to catch a glimpse of whales and sea eagles during the crossing. 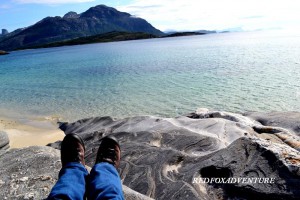 Since the Middle Ages Andenes has been one of the largest  and most famous Nordland fishermen villages. What makes Andfjorden  special is its deep waters that allow fishing throughout the year.   It is because of this that a while ago German and Dutch fishermen were competing for the rich fish found in these waters,  such as cod , which has begun to be exported to other countries.

Andenes is a wonderful place to visit  not only for the scenery but also for the sighting of whales. In fact it is  possible to organise a nice boat ride to see these beautiful creatures.

We will  then continue to Bleik. another  famous and popular town. Bleik in Norwegian means “white” and it has been given this name due to its long white sandy beach, the longest in Norway. Weather permitting, we will stop her for an excursion to see some Puffins, those amazing birds with their colorful beaks who nest here on the the island of Bleiksøya.

Then we will  continue for Stove for a refreshing swim in some hot springs which have  breathtaking views of the stunning landscape.We will then spend two nights in Andenes.

Now we enter the heart of the Lofoten Islands

The Lofoten Islands are an archipelago consisting of six main islands (Austvågøy, Vestvågøy, Flakstadoy, Moskenesøy, Værøy and Røst) which are  located in the county of Nordland in the north of the Arctic Circle, between 67 ° and 68 ° latitude.  The islands are  well known for their fishing and for the export of cod, and in addition for

their fascinating fishermen’s cottages, which have been  transformed into “residences” and for their pristine landscapes.

The two days will be devoted to excursions around enchanting the villages nestled amongst the rocks, including a visit to Kabelvag, which has  an aquarium, museums and galleries, and Henningsvær,  which is often called “the Venice of Lofoten, with its interesting craft shops. Then dinner and an overnight stay in Svolvaæer in one of the  traditional fishermen’s houses. And still to come we have Nusfjord. Trolls are legendary creatures of the night. They have  always inhabited the dreams of both the adults and the children of the people from the North.  They only move around at night and during the day they become transformed by the sunlight into stones. Whilst travelling towards Vestvågøy,  in the direction of Ramberg,   we will find ourselves in front of a huge natural rock which legend has it is  nothing more than a Troll who is  lying there waiting for a beautiful girl to come and  wake him. We will move from one legend to the next  through fantastic landscapes until  we reach Kvalvika where we will stop  to stretch our legs with  a nice hike on what is called “the whale beach” – It is a footpath between clusters of birch trees until we reach a white beach next to an emerald coloured sea. We then will  continue on  to Reine for lunch. Then we return to the hotel at Rorbuer

We will have an early morning departure in order  to catch the ferry that will take us to the beautiful Norwegian town of Bodo.

From here we will visit  a very special place; In Norwegian  it is called Moskenesstraumen, “the Mosken current , which is a phenomenon similar to that of a vortex which is caused by the tide along the Atlantic coast of Norway, near the Lofoten islands. We will be able to photograph the phenomenon from a bridge.

We will catch  the ferry from Bodø to Kjerringøy. You will immediately  love this place! Last year we saw the whales from  its beautiful beaches. It is full of stories and legends and has a wonderful. fishing ground and therefore is involved in  the cod trade. Excellent businesses Have flourished in this area since the1800’s thanks to a noble lady – Anna Elisabeth – who frequented the salons of Paris and decided to settle in Kjerringøy with her two husbands. An incredible business  woman for that period of history. . Her  home was one of the most luxurious in all of Norway, with running water and  an oven. But we’ll talk about that later … Then we return to Bodø by ferry and enjoy our Farewell dinner

This program is intended to be illustrative only. The itinerary  may change depending on the meteorological. weather forecast,

“Moddi” from the island of Senja.  A Norwegian singer famous for his campaigns against the  oil multinationals in the Arctic. His compositions are inspired by  the beautiful Nordic nature

« Between Heaven and Earth » Hiking and Photography