The magic of the Artic 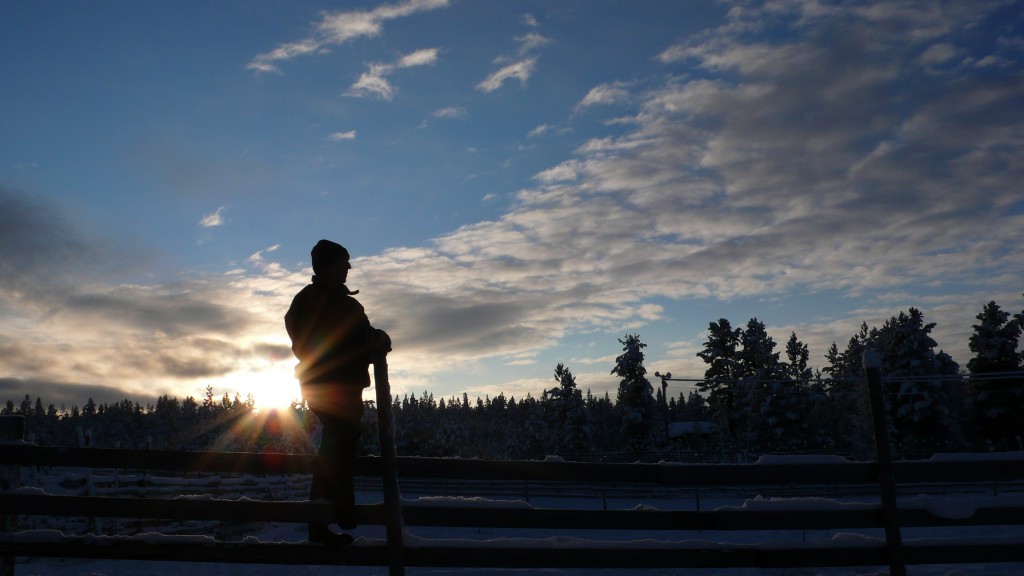 WHO ARE THE SAMI?  They are the indigenous people who live in the vast expanses of the Great North. The original Sami were nomads who had a history rich in tradition,  they are the indigenous population of this area who numbered approximately 70 thousand people when they originally settled in the northern part of Fennoscandia, in an area they now call Sápmi, which extends from the Kola Peninsula to central Norway and also includes the northernmost regions of Finland and Sweden. So the so-called Sápmi area is currently spread across the borders of four modern-day countries: Norway, Finland, Russia and Sweden, where currently 17 thousand Sami still live, three thousand of whom are engaged in the raising and farming of reindeer.

IN THE REGION OF ‘HÄRJEDALEN – In our area there are two Sami communities, who make their living in the tourism industry, by being skilled craftsmen and through reindeer husbandry. Nowadays they are no longer truly nomadic – the modern reindeer farmers follow their reindeer only at certain periods of year, one being when the animals are weighed and counted and in the summer months when they move to the higher grounds and the Sami sleep with them in their traditional “lavvo”, tents or huts, which have their characteristic openings at the top for the smoke from the hearth to escape safely.

TO TELL THEIR STORY IN THIS LIMITED SPACE IS IMPOSSIBLE – on the web you will find a lot more information – The people of the Sami are not’ “a minority group” – which is a phrase often used to describe the indigenous people from a particular place. In fact, from a legal point of view, they are an indigenous people and not a minority group. International law makes an important distinction between minorities on the one hand, and indigenous peoples on the other. In summary, the biggest difference lies in the fact that indigenous people, in contrast to minority groups, have a close relationship with their traditional areas of origin. This particularly applies to the Sami, whose traditional livelihoods, such as reindeer herding, hunting and fishing, as well as their beliefs dating from a shamanistic time which are now mainly syncretistic, are directly related to the land that the Sami currently live in and the areas of water that they use – and I repeat – have been using since time immemorial.

IT IS NOT A PLACE OF MASS TOURISM but rather a place where time has stood still- and where you can experience the day to day life of the local people together with their history and traditions and attend some of the important local Sami festivals:
February 19 to February 23 at Rorosmartnan – there is a local fair with 250 exhibitors and handicraft stalls – all immersed in an atmosphere of Arabian Nights with horse-drawn sleighs and  open fires in the streets of the mining town of Roros in Norway (we are on the border between the countries)
From March 1 to 5 – Festival of Sami on the frozen lake of Funasdalen. The Sami exhibit their crafts and on those days you can take a sleigh ride pulled by reindeer.
Throughout the summer, particularly between May and  July, the reindeer come down to the valley to feed their young. All the roads and open countryside will be graced by their presence.

SOME AUTHORS HAVE DESCRIBED THEM AS “A PEOPLE WITHOUT A HISTORY”, but it is not true. Their history is not easy to find in official written documents as is the case in with many other communities, for instance their local laws are not written down – ie, giving permission to make use of a piece  land on which to graze their animals – they are verbal agreements. Their history has been handed down by word of mouth, from generation to generation.  It has been written in a runic alphabet or engraved on tablets of wood. Their story is to be found in cave paintings and in the symbols engraved on the drums of the shamans. Their history is full of a deep rooted connection  to nature, climatic events, the consistency of the snow, the migration of the herds of reindeer, it did not force them to fight nature, but to be a part of it.
Their true history is not what the mass tourism industry would have us believe we see today, – their smiling faces, people dressed in bright traditional clothes who take the tourists to visit the reindeer and who have diplomas as sled drivers and instructors. This is not the full depth of the Sami people or culture.  They are much, much more. Of course, nowadays tourism is an important part of their lives, and there are lots of activities associated with tourism which the Sami are involved with.  They spend their time trying to please and meet the needs of the tourists who visit the area, both tourists who wish to visit the more ‘touristy’ areas and those who want a more authentic experience.  But the general concern is that by adapting themselves to the needs of the tourism industry they are beginning to lose their true identities.  .Already much of their traditional lifestyle has been lost, sometimes the power of money prevails over everything else and many of the older members of the community fear that younger generations will forget their origins completely. In recent years the number of reindeer has been drastically reduced and hardly any young people want to follow in the footsteps of their fathers in traditional jobs. Also the frequent issues of racism and racial intolerance towards the community causes them many problems in their everyday lives.

We were lucky enough to  given an opportunity to further understand the essence of the Sami community by being permitted to participate in a collective annual event, an occasion when all the Sami families get together and when huge herds of reindeer are channeled into pens where they are identified, weighed and counted and the unborn calves are confirmed as  belonging to a particular family.  It is also an opportunity to draw up a kind of census to satisfy the supervisory authorities in Sweden.
Thank you to those who gave us the opportunity to share in this important event.